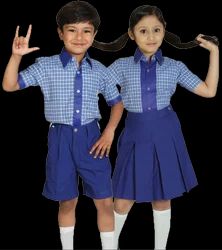 BHUBANESWAR, Aug 25 (Thomson Reuters Foundation) - A uthorities in eastern India are struggling to evacuate more than 100,000 people stranded in villages after floods intensified, killing more than 300 and driving hundreds of thousands from their homes, officials said on Thursday.

The heavy monsoon rains have caused rivers including the Ganges and its tributaries to burst their banks forcing over 200,000 people into relief camps in the states of Madhya Pradesh, Bihar, Uttar Pradesh, Rajasthan and Uttarakhand.

The deluge has submerged thousands of villages, washed away crops, destroyed homes and roads and disrupted power and phone lines, affecting millions of people across the five states.

In India's eastern Bihar state, one of the worst-hit regions, disaster management officials said villagers in some areas were not willing to be evacuated, reluctant to leave their homes, possessions and livestock for fear of looting.

"We are asking them with folded hands, please come to the relief centres. Those who do not want to leave homes, their number is very large, probably more than 100,000 people," said Bihar's Principal Secretary for Disaster Management Vyas Ji.

"The water is rising downstream and we do not want people in those areas to stay in their houses," he told the Thomson Reuters Foundation.

Since the monsoons began in June, more than five million people across 26 out of Bihar's 38 districts have been affected and at least 127 people have died, mostly due to drowning.

In the past week, 2.3 million people have had their lives disrupted and the death toll has reached 28.

At least 107,000 people have taken refuge in government relief camps.

News reports said one person died and nine others were missing in Call Girls Aurangabad district after a boat carrying 18 people who were trying to flee the disaster sank in the Punpun river, a tributary of the Ganges, on Tuesday.

In neighbouring Uttar Pradesh state, at least 53 people have died and more than 1.8 million people across 29 out of total of 75 districts have been hit by the disaster.

"More than 90,000 people have been displaced from their homes and about 60,000 of them have taken shelter in relief camps," Singh told the Thomson Reuters Foundation.

"The good thing is there has been no rain over the last three days."

India usually experiences monsoon rains from June to September, which are vital for its agriculture -- making up 18 percent of its gross domestic product and providing employment for almost half of its 1.3 billion population.

But in many states the rains frequently cause landslides and flooding that devastate crops, destroy homes and expose people to diseases such as diarrhea.

Authorities said there was no problem in reaching flood-hit areas, but television pictures on Wednesday showed crowds of people in Bihar's Patna district blocking roads and complaining of a lack of aid.

"We are in difficulty. We are not getting food," a middle-aged woman standing on an embankment told Kashish News, a local Hindi station. (Reporting by Jatindra Dash.